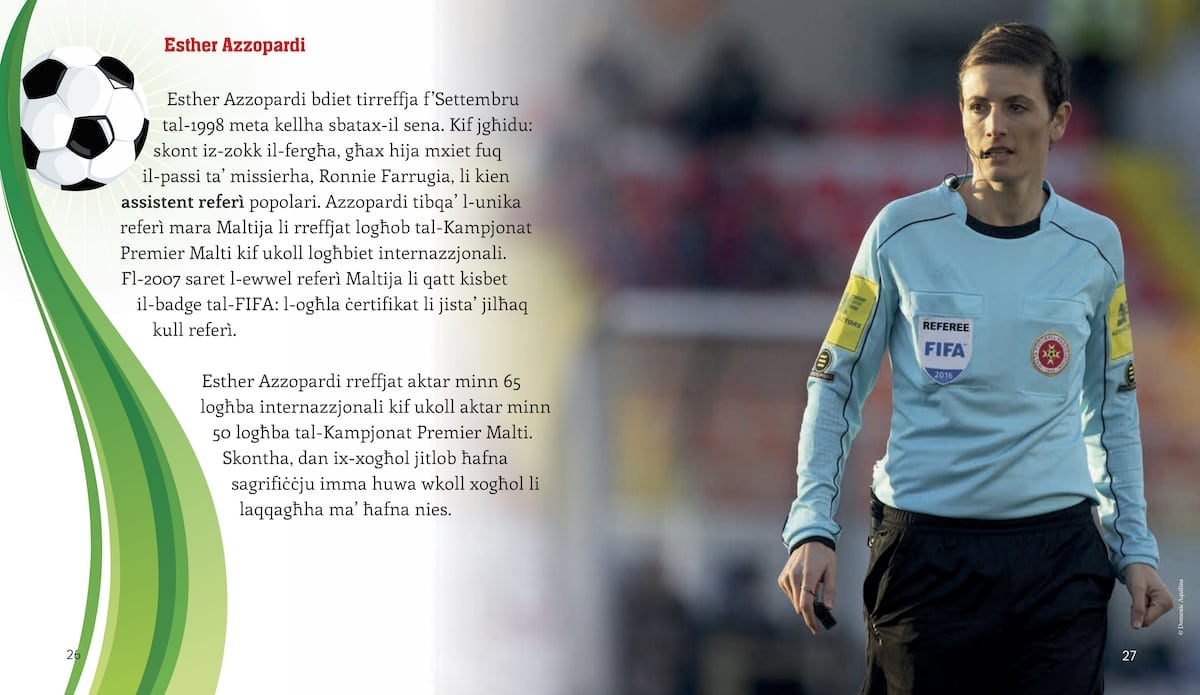 Home » Blog » Who is Esther Azzopardi?

Who is Esther Azzopardi?

“Oy ref! That’s an offside.” How many times would you be watching an international game and shout that (and other colourful expressions) at the screen? Has it ever occurred to you that the ref you’re trying to coach could be Maltese? Or maybe a Maltese WOMAN referee?

Up till last year, before she retired, Esther Azzopardi was Malta’s only woman official FIFA referee. She blew the whistle and issued yellow and red cards in more than 65 international games. In the Maltese championship, where she oversaw more than 50 games, she was extremely respected by the lads in the field, who many a time were put in their place by a mere glance.

“I am continuously encouraging other girls to take up the whistle and we are working very hard to promote refereeing. Women have so much to offer. For some reason, many believe that you have to be a man to be a good referee. This is simply not true. Women make great referees,” she said in an interview.

Read more about her in Merlin Publishers’ new Tikka Qari book Mill-istorja tal-Futbol Malti by Mark Camilleri, out now at all leading bookshops or buy it here.