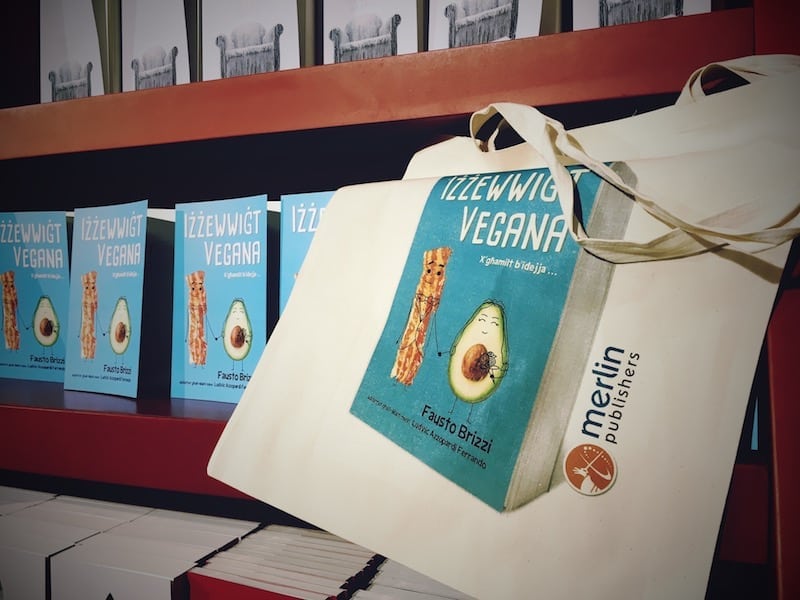 Home » Blog » When a carnivore falls in love with a vegan …

When a carnivore falls in love with a vegan …

Iżżewwiġt Vegana is the kind of book you won’t let go of until you finish it. You take a small break to call your friend but you can only chortle down at the other end of the line. The thing is that it’s a VERY true story.

The author, Fausto Brizzi, known in Italy for directing the epic movie Notta Prima degli Esami among others, is really a carnivore. This book is the story of how he started dating his now wife Claudia Zanelli – a militant vegan.

At heart this is a tale of the constant negotiations and compromises that every adult who makes up one half of a couple, is familiar with. How will Brizzi, a well-known bon vivant, adapt to Claudia’s all-too-intransigent demands on the changes to his bachelor lifestyle? How can he cope with being made to get rid of his beloved Nutella maxi-jar? Or being told off for sprinkling his pasta with parmiggiano? Or having to forgo drying in a towel after a shower and do it al fresco instead?

Brizzi’s deadpan wit makes this real-life tale, a laugh-a-minute read. Moreover, his humorous, all-too-realistic novel is an ode to Italia pop culture, in fact Iżżewwiġt Vegana constantly refers to Italian brands, from food to television shows, and gives insights into the Italian way of life.

“Ugg! Ugg! Can we overcome our differences?”

It has been adapted to Maltese by professional translator Ludvic Azzopardi Ferrando who effortlessly captured the wit and the spirit of the love match. Its pop appeal means that Iżżewwiġt Vegana will reach out to a wide sphere of Maltese people and not just students or academics.

For this project Merlin Publishers collaborated with one of the most renowned Italian publishers, Einaudi as well as with the literary agency of Laura Ceccacci.