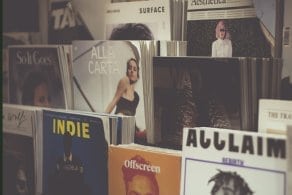 Home » Blog » The One about the Sports Books

The One about the Sports Books

This is not a good time for sport. Every week stories about corruption, doping and facilities left to rot, hit the headlines. Constantly, we are bombarded with revelations which not only fell our heroes from their pedestals, but also are forcing lifelong fans to turn their backs on the sport they love.

Sadly, not even the Olympics have helped lift the cloud what with facilities not being up to standard, pool water turning green and fake scenes of athletes being robbed at gunpoint. The biggest blot, however, has been the banning of Russia’s athletics team after it emerged that they had formed part of a state sponsored doping programme.

Sports scepticism is ruling. And the side effects can be felt in the book world too.

Some months back, whilst browsing through the book section of the pound shop, I came across two autobiographies that epitomise this. One was of golfer Tiger Woods, the other of cyclist Lance Armstrong. Both these athletes were once among the biggest names in sport yet both have atrociously proven to be unworthy of their status. Their books would have once been at the top of best sellers’ lists but now they’re gathering dust: no one is interested in spending even a couple of euros to read the lies of these frauds.

True, biographies can be self-serving and boring. However, there are some notable exceptions and that’s when they usually talk about how success was achieved rather than blabbing on about their lives.

One notable example is Sir Clive Woodward’s Winning! which gives an in-depth look at the methodology and ideas of the rugby World Cup Winning coach. It is a fascinating read because it provides real insight into what makes a great man, rather than the petty gossip that most biographies seem to specialise in. In fact, my favourite sports book – and indeed one of the best books that I’ve ever read – is The Escape Artist by Matt Seaton.

It is a story about his love of cycling and how this fluctuates throughout his life as other loves come and go. I won’t write any spoilers but be warned that the story is gut wrenching and I still get emotional every time I read it.

The truth is that we spend so much time obsessing on a hobby because it gives us something more than the technical achievement of riding a bike or shooting a ball through a hoop. Sports is about pure, unfiltered passion and emotions.

And at the end of the day perhaps, that is why those who simply focus on winning at all cost find it is so hard to write well about it. They just don’t get it.

Which is kind of telling of the local mentality and attitude to sport given that there aren’t any decent Maltese books on the subject. Not any that I’ve come across, anyway. There are a lot of annuals and almanacs but their aim is to document the factual happenings rather than talk about the emotions of local sport. Could it be, perhaps, that as a nation we are too focused on winning that anything else is dismissed? Or is it, more simply, that we just don’t think local stories interesting enough to write and read? Over to you