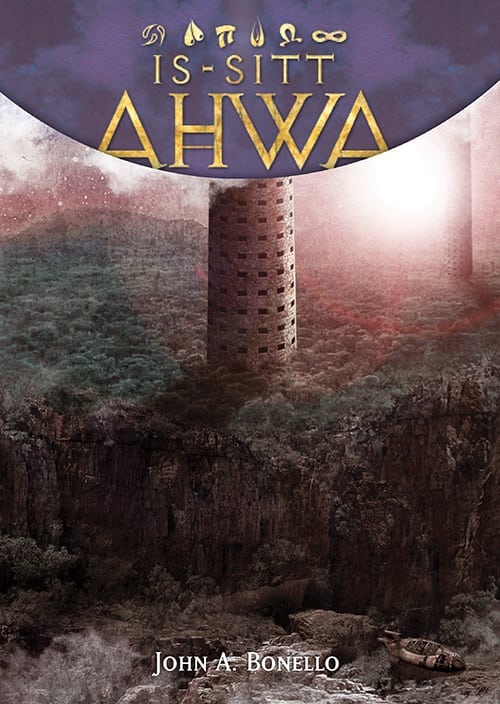 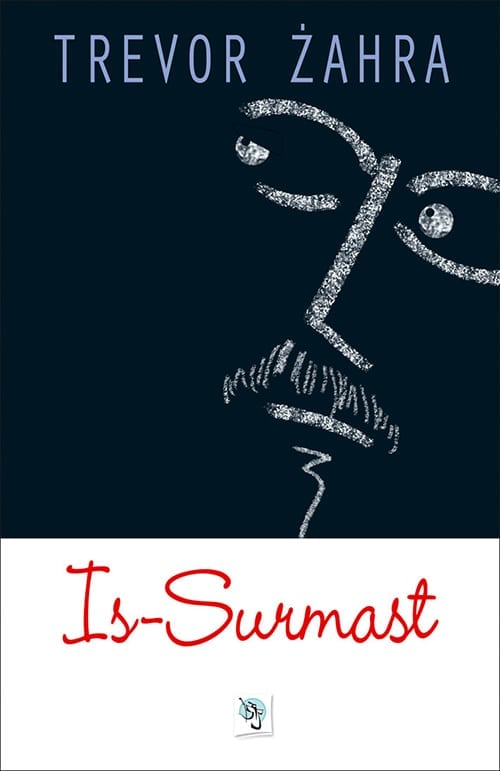 3-for-2 on your favourite books! Buy 2 books, get the 3rd one FREE!
Add to Wishlist Note, you aren’t buying a print book. You’re buying an ebook you can read in our mobile and tablet app. By proceeding to purchase, you agree to the ebook Terms and ConditionsTerms and Conditions
Accept
Reject
Add to Wishlist
Is-Sriep Reġgħu Saru Velenużi | eBook €11.00

On an island like Malta, one particular X-factor is likely to turn any book into an immediate object of discussion, hype and desire. That X factor, particularly mere months after his passing, is former premier Dom Mintoff.

Add an assassination conspiracy to the mix and you can see why Alex Vella Gera’s latest work, Is-Sriep Reġgħu Saru Velenużi, has been the topic of debates within local literary circles even before it was actually launched.

Of course, the fact that Vella Gera himself is as much a subject of discussion as the anti-heroes he creates also helps. It was he, after all, who threw the academic scene in turmoil by getting prosecuted for the now infamous short story Li Tkisser Sewwi.

Since the whole saga started, everyone seems to have forgotten that Vella Gera has also penned other (more valuable?) works, and his name, rightly or wrongly, will forever be associated with the story that challenged the country’s rather Baroque obscenity laws.

Until now, that is. Sriep kicks off with a fictional scenario that will horrify half the island and titillate the rest. What if a group of ‘resistance fighters’ were to plot an assassination attempt against Mintoff at the height of the 1980s? Would the scapegoat upon whom it falls to pull the trigger succeed?

How would Malta be affected? And more importantly for the purpose of Vella Gera’s story, how would this change the lives of the scapegoat’s offspring?

Sriep is in turn a thriller, a chronicle of Malta’s history from a sociological perspective, a love story and even a psychological study. It is a work of fiction, to be sure, but if you read further away from the obviously fantastical plot devices, it is also the story of every Maltese man and woman of a particular generation.

It is the story of all those who grew up in the political strife of 1980s Malta and who – whether positively or negatively, depending on which side of the fence they stood – were forever shaped by the events of the era.

The plot kicks off with a political murder conspiracy and then follows the life of Noel, one of the sons of the prime perpetrator of this conspiracy.

Throughout the book, Vella Gera jumps between decades, between narrators and between point of views very convincingly, in what has now become his trademark style.

The majority of the story follows the psychological deterioration of Noel, a true anti-hero if there ever was one. Although the signs are not immediately evident, this is a broken man, his life forever ruined by his father’s mysterious disappearance years back.

After a highly surreal, but nonetheless intriguing, introduction, the reader is immediately lulled into feeling that he is part of the setting.

It is a setting we are so familiar with; the childhood where foreign branded chocolate was a thing of wonder; the childhood where Church schools spent months closed during Mintoff’s dispute with the Church; the childhood we all eventually grew out of, opening our eyes to possibilities away from our shores; the mass exodus to Brussels and Luxembourg; the contrasting pull between a freer life away from Malta and the love that most of us still feel towards the island, despite its shortcomings.

Noel’s dilemmas are the dilemmas the present generation of 30- and 40-somethings all share. You could say Mintoff was our Achilles’ heel.

This sense of realism contributes in no small way to the way the book holds you. And, being over 500 pages long, this is no mean feat.

The book addresses the very real fears people felt with regard to the Labour Party of the day. Mintoff would turn us into Arabs, Mintoff would make it illegal to be Nationalist, Mintoff was like Hitler, a cancerous tumour on the Maltese landscape.

Despite this being fiction, some of the sentiments professed in the book will undoubtedly raise the hackles of the politically-immature, particularly given that public feelings are still very much affected by the politician’s death.

For those who find the thought of a thick novel in Maltese scary, and I know there are a lot of you, do not be put off. Vella Gera’s style is extremely colloquial.

And by colloquial I mean his characters’ conversations happen exactly the way they do in real life.

Code-switching between Maltese and English happens throughout. Purists will not be happy but, let’s face it, isn’t this precisely the way most of us hold our conversations?

I’m not entirely sure I agree with the use of English words using Maltese spelling.

I think I actually recoiled when I saw brejkwater and wikend. Then again, as someone pointed out to me, language is a living entity that develops according to the wishes of its users.

In other words, if brejkwater has become the accepted way of spelling ‘breakwater’, who am I to protest?

However, and it is important to stress this, the book is not a political treatise. It is more a treatise on human nature, its weaknesses and strengths.

Vella Gera’s protagonist is singularly unlikeable, yet somehow the reader will empathise with his situation.

And when his world comes crashing down around him, you will feel as though in some way or another, yours has come crashing down too.

This morning I started reading Is-Sriep reġgħu Saru Velenużi, by Alex Vella Gera, which will be officially launched this weekend by Merlin Publishers.

Last night I also watched the interview with the author himself on Bondiplus,which gave a whole new twist to the book itself. It is not often that one is given an insight into the author’s mindset before a book actually hits the shelves, so kudos to the publishers on landing this interview on prime time. That’s great marketing.

I’m enjoying the book immensely, because Vella Gera has the knack of painting the socio-political turmoil of the 1980s,  and all that it meant for us in Malta, with a few swift but precise brushstrokes.  His skill in effortlessly switching back and forth between Maltese and the patois English so often used by English speakers, not only in the characters’ dialogue but also in what they are thinking, is exact. He brilliantly captures the Malta of 1986 and, of course, today’s Malta as well (here I cannot agree with Lou Bondi who said that the language issue is no longer relevant today; oh yes it is Lou, our choice of language, and the pronunciation of it, as well as our syntax, will always continue to define who we are and where we come from).

Phrases in the book leap out at you and take you back to those times: “They’re with Mintoff those! Mama told us not to speak to them,” says a six-year-old boy, who despite his age is already keenly aware that Malta is divided into “us” and “them”.

I will not give away too much about the book so as not to spoil it for those who wish to read it for themselves. I do wish, however, to go back to Vella Gera himself and what he said last night. He freely admitted that he left Malta because he wanted to escape it, and yet his work as a translator in Brussels, his Maltese colleagues and his use of Maltese as a literary tool add up to a glaring paradox. Shaking his head in self-bafflement, he agreed that it does not make sense to him either, how his roots and identity keep him so firmly tied to the land he wanted so desperately to turn his back on, but which draws him back time and again. Having said that he also acknowledges that he feels strangely detached from today’s Malta; he does not really know it at all, except from what he reads online, which can only give him a warped reflection of reality.

I find this internal tug-of-war quite common among the new generation of emigrants who work within the framework of the  European parliament and other related institutions. Unlike those who emigrated in the 50s, this crop has not made a clean break from the island. I have concluded that it has something to do with their very profession, and their daily use of Maltese as a tool of expression which has led several of them to write books in Maltese, using their 1980s childhood as inspiration.

What I also found interesting about Alex Vella Gera’s interview is his often curious expression when Lou Bondi kept harping back to the sexual scenes in the book. “This is no 50 shades of Gera”, the author quipped with a slight smile.

Apparently there are some quite graphic sex scenes which I haven’t come to yet, but as the author pointed out these have not been included gratuitously, but are there simply because sex is part of human nature. “If people are going to just look for the sex scenes, they will be disappointed,” he added wryly.

Another thing which struck me was Vella Gera’s honesty when it came to describing how he evolved in the way he looked at people who come from different backgrounds to him. As he pointed out, once you start actually speaking and interacting with those of a different political persuasion to yourself, instead of stereotyping them and dismissing them, it is easier to understand where they’re coming from. I felt like applauding him on this. Boxing people into “types” is one of the biggest problems this country continues to face and it often colours our prejudices unnecessarily, making us even more insular than this bubble of an island already is.

I plan to write more in detail about the book when I finish it, but from what I have read so far, this promises to be one of the best and most truthful Maltese novels about the 1980s ever written. And if we are ever to get over ourselves enough to look at that era with dispassion, we need more insightful authors like Alex Vella Gera.