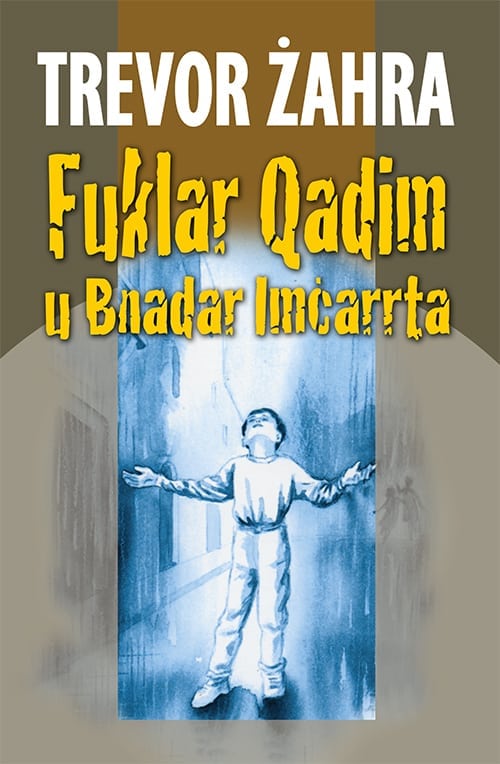 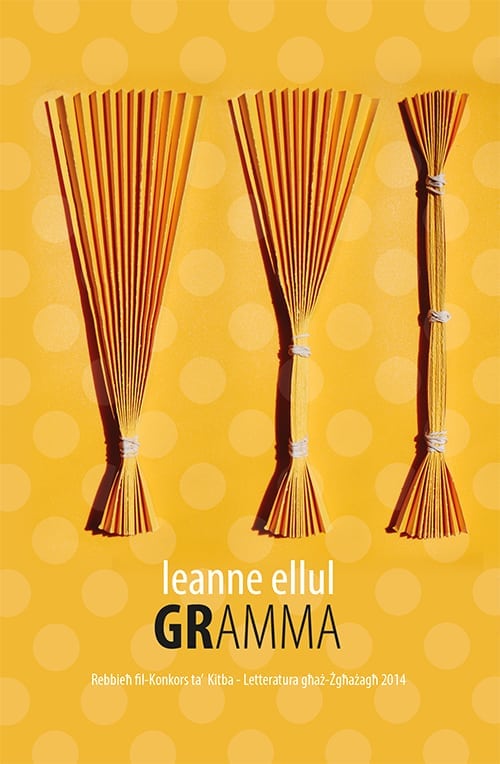 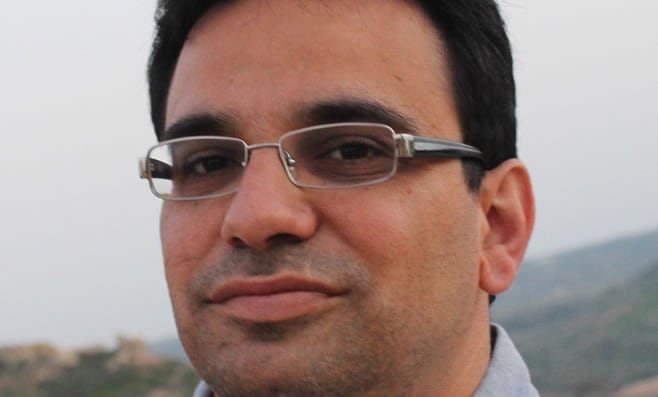 Ivan Bugeja
Ivan Bugeja was born in 1975. He likes reading, photography, music and art in their diverse forms. All these have their traces in the book Ġimgħa, Sibt u Ħadd, winning novel in the Literary Competition for Youth Novels.
View Profile
Book review on www.ramonadepares.com

The fact that this Young Adult novel comes without sparkly vampires made it an immediate winner in my book (sorry).

But after spending an evening in the company of the characters that Ivan Bugeja created in Ġimgħa, Sibt u Ħadd , the verdict was simple to reach: this is a story that anyone who spent their teenage years in Malta will lap up.

It is  a tale that brings to mind the nostalgia of a typically misspent, Maltese youth -and by misspent I don’t necessarily mean the stereotypical drunken/stoned nights out that an older generation is likely to assume.

By the time I finished the first chapter my mind’s eye had already started a spontaneous journey back to those bittersweet years between thirteen and eighteen.

The years when tentative friendships are formed, some of them not necessarily out of enjoyment of each other’s company, but maybe more out of necessity, simply so you don’t have to submit to the ignominy of going up to Paceville solo.

The years when your mind flits from date to subsequent date, giving each conquest the same attention span of a particularly retarded fly. And despite this, imagining you’re in love with all.

BBQs at Golden Bay; lifts begged off long-suffering parents, making out on the sand behind the kiosks, which you rather optimistically imagine are doing a good job hiding you; the sense ofennui that school holidays bring with them; the outings to Valletta without a clear purpose; the endless games of ċama ċama while trying to summon the balls to dive off the high spot…

All these memories give Ġimgħa, Sibt u Ħadd a comforting veneer of the familiar, which Ivan has cleverly interwoven with a subtle, darker undercurrent that stops the novel from becoming predictable.

The novel avoids the cheesiness of obvious teenage angst by introducing this darker element in a sporadic, but well-timed manner.  Not for him the overly-dramatic (for me, anyway) vignettes of Frans Sammut’s Paceville, penned some twenty years ago. Ġimgħa, Sibt u Ħadd is not about obvious thrills but about a gradual crescendo of human pathos that eventually explodes to an unexpected ending, probably causing you to re-read the last few pages while thinking “what the…”.

At the end of the day, Ġimgħa, Sibt u Ħadd is your classic coming of age story. A story about a group of friends that fate brings together with unintended consequences. A group of assorted characters – some likeable, some not (Ruth, I can tell you, is byatch of the first order), all very real and each reflecting different facets of our teenage personae.

Although I’m not the target market I enjoyed reading this one. Those who are living their young adulthood right now – unlike yours truly, who still shies away from the actual adult stage whether young or otherwise – will obviously enjoy it more. Thumbs up.

www.ramonadepares.com/2012/04/26/book-review-gimgha-sibt-u-hadd/
Get them while they’re young
(MaltaToday review)

Merlin Publishers have continued to penetrate into the much-vaunted ‘Young Adult’ market with their latest title: Ivan Bugeja’s Ġimgħa, Sibt u Ħadd, released in book stores this week.

An uncompromising look at contemporary Paceville culture aimed at the exact demographic it offers a fictional depiction of, Bugeja’s novel garnered Merlin’s attention after its author – an accountant by profession – won last year’s edition of the Teenage Literature Award (organised by the National Book Council together with Aġenzija Żgħażagħ).

The award was set up specifically to encourage young adult literature in Malta, of which there was felt to be a lack. The genre is currently one of the most successful international literary cash cows, as evinced by the success of properties like JK Rowling’s Harry Potter and Stephanie Meyer’s series of Twilight novels, to mention just a few.

However, Merlin’s Director of Publishing Chris Gruppetta said that “Young Adult sales for Maltese literature are probably the lowest from all age brackets, adding that  “the ‘street cred’ of a novel is of course crucial for the Young Adult market, as teens will not bother with anything they feel talks down to them, or talk beneath or above them.

“But also, there still is a higher resistance to reading in Maltese in the YA market than in other age groups. Progress is, however, being made. From Riħ Isfel to Sfidi, from the recent Deformity and Magna Mater to other Teenage Literature Award winners such as Rita Saliba’s Inżul ix-Xemx, the YA in Maltese bookshelf is expanding,” Gruppetta said.

Bugeja’s novel tackles subject matter that is universal – if such a word can be used for our small island – to Maltese youth.

“It’s an ‘x-ray’ of the teenage weekend world, and it’s very much a reflection of the 2012 scene. As can be evinced from the title, the action happens mostly over one weekend – Friday night, Saturday and Sunday. Paceville, nightclubs, drinking, chatting up girls, gossip, BBQs… it’s all there.

The story then takes a more dramatic turn with one of those sudden events that change one’s life completely, irrevocably,” Gruppetta added.

An initial look at the cover of Ivan Bugeja’s Ġimgħa Sibt u Ħadd, a first-prize winner in Konkors Letterarju għal Rumanzi għaż-Żgħażagħ, gives an indication of what the book is about: a series of snapshots capturing random instances from life in general. The narratives contained within give a sample of the daily occurrences for a number of people with their typical concerns.

Nothing really extraordinary happens; it’s just an ordinary life and an imperfect one for most. The book almost takes the format of a diary, but held by different characters.

In fact, it contains pictures, snippets of newspapers, calendar images and scribbles just as if it is a clippings folder bursting at the seams with the pulsing energy of youth and the angst that growing old entails.

It reminded me a lot of the TV series Seinfeld, which was proudly marketed as being about nothing because it merely depicted the daily existence of a group ofpeople whose lives intertwinedin hilarious and sometimes disastrous circumstances.

The book’s chapter headings are all labels that society uses on a daily basis to denote the passing of time; things like the days of the week, digital depictions of time and numeral representations of years.

It is as if the author did not want to separate the different moments in the book by chapter titles but desired to create the sensation of interconnected lives passing by. Average lives filled with the contrasts created through day-to-day existence: youth/old age, beauty/ugliness, self-pity/self-confidence, passivity/aggression, introversion/extroversion which basically address some of the main concerns in the unfolding of every human life.

So while on the surface this book appears to be just a fictitious anthropological survey of different strata of society, it manages togrip our attention through the underlying smouldering and explosion of emotions that accompanies all these growing-up and growing-old stories.

Interestingly, the author has chosen to underscore the headings and physically separate the occurrences through the use of Morse code symbols. Each heading, each interval is echoed through a Morse code which acts as a secret subtext within the narrative.

This code is made of a series of symbols which can be decoded by skilled listeners without the use of any equipment and can be measured in words by the minute.

Within the narrative, the use of this code seems to graphically represent the non-verbal encryptions characters are constantly sending to each other. These are silent messages of pain, desire, hate, fear and other emotions that humans emit through subtle cues than obvious words.

Inside the cast of characters there is a central need to be accepted: Ruth, with her surface snobbishness is hiding the pain of being invisible to her money-obsessed father; Isabelle has her father’s attention but suffers from body dysmorphic disorder as she desperately seeks a partner; Mark is the typical lost youth who spirals into oblivion as he lacks an inner core; Oliver and Conrad, the twins, who are victims of domestic violence but who try to live an ordinary life. The older generation is represented by Ġenju, Joe and to a certain extent, Caroline.

They are a cross-section of the young ones growing up and the old ones growing old in contemporary Malta. Their narratives unfold like a reality TV show for the readers to observe them like a group of disparate species living in an aquarium.

Underlying all these stories there is a vein of humour which somehow paralyses any empathy readers might feel for these characters but just leaves one with a sense of pity. The novel’s humour denotes a hint of the absurdity of life.

The book is a short read and flows with a rapid pace which has become necessary for today’s attention-challenged society. It will surely appeal to young adults as many will definitely identify with the younger characters and also because of its brevity.

It is also a good read for people who still find time to enjoy reading in Maltese. Such books prove that some local young contemporary writers certainly make Maltese literature proud and have produced works which definitely would have a wider audience if translated.