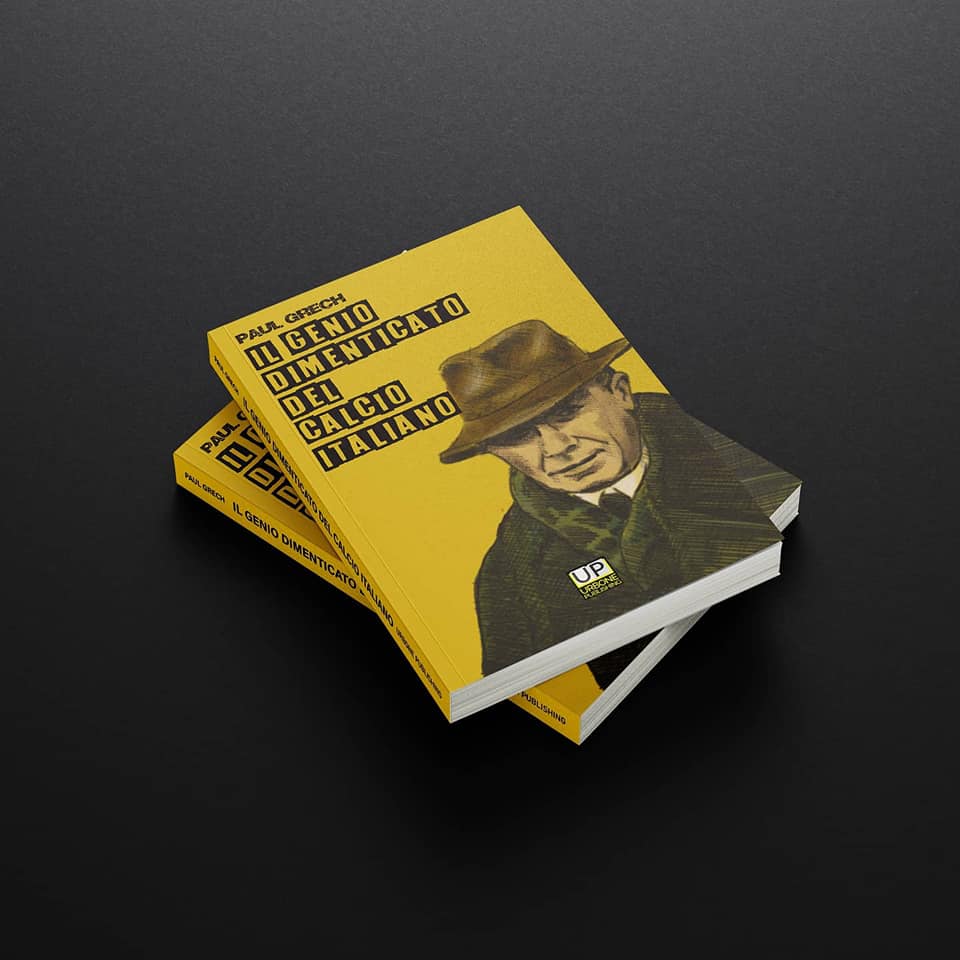 Big congrats to our regular blogger Paul Grech whose published novel The Forgotten Genius of Italian Football has just been published in Italy in Italian translation. Prosit! Paul himself tells us more about the experience:

A couple of years back I heard of man called Carlo Carcano for the first time and immediately wondered why I’d never done so before. Here was someone who had led Juventus to four consecutive league titles (five, if you count the one where he was dismissed midway) in the 1930s and yet it was as if he had never existed. Even when I started searching about him, details where very few.

And so, I did what anyone else would have done: chose to write a book with his story. I mean, that’s a completely natural reaction, right? So it was that I came to spend the better part of 18 months researching and writing about someone who was well ahead of the rest of his contemporaries and who, because of rumours around his sexuality, had been pushed to the margins of history.

As I’ve done with other similar stories, I self-published the book doing everything from formatting to cover design. And it did reasonably well especially given the little to no publicity that I put out.

That, I thought, was the end of that. But I was wrong.

Earlier this year, an Italian reader got in touch. He’d enjoyed the book and wanted to translate it into Italian. He had the backing of an independent publisher and they were willing to take this on. Having heard a number of horror stories, I was sceptical that anything would ever come out of this but in late August, Il Genio Dimenticato Del Calcio Italiano found its way on Italian bookshelves.

It was an incredibly proud moment; the fulfilment of a life-long dream.

Yet my feelings weren’t that straightforward. When I re-told the story, a couple of people asked how I’d never mentioned self-publishing the book in the first place. In reality, this was my seventh self-published book. However, like many others I don’t consider self-published offerings as “real” books.

Not because of their quality but, rather, because they have not been “chosen”. No publisher has read them and said that, yes, they would be willing to make the financial investment to print them. In my eyes they were hobby projects and talking about them as if they were real books would have been vain of me.

Rationally speaking, I know that even the mere fact of writing something that people are willing to read is an achievement. Add to it that I’ve sold a few hundred copies of my books (again, despite minimal promotion) meant that there were quite a few people out there willing to choose my writing.

We don’t always think rationally about such issues, however. Or, at least, I don’t. Even now that this latest book has been “chosen” and published in a traditional manner it is hard for me to talk about it. When I posted the news on Facebook, a few reached out asking where they could get a copy of the book, something which embarrassed me to no end. The question in my head was whether they were really interested or if they were just being good friends and kind people.

I cannot say whether every writer or author faces those doubts. Yet the fact that most writing courses dedicate at least some time to tackling imposter syndrome – defined by Wikipedia as “a psychological pattern in which an individual doubts their skills, talents, or accomplishments and has a persistent internalized fear of being exposed as a fraud” – probably means that I’m not alone.

So, why have I written all of this? Part of it is to overcome my complexes; to acknowledge that I’ve done something that merits being proud and willing to talk about it.

However, there’s more to it than that. It has taken me years to come to terms with these ideas and if someone else going through the same thoughts feels a little bit better after reading this, then it would be worth it.

To that person I’d say: just write it. Don’t wait for others to choose your writing, just publish it. Don’t wonder what others will think of it. If it makes you happy and satisfied to write (and as long as it doesn’t hurt anyone else) then that’s good enough in itself.

Copies of Il Genio Dimenticato del Calcio Italiano can be obtained here or from the author himself. The English version of Carlo Carcano’s story can be found here.