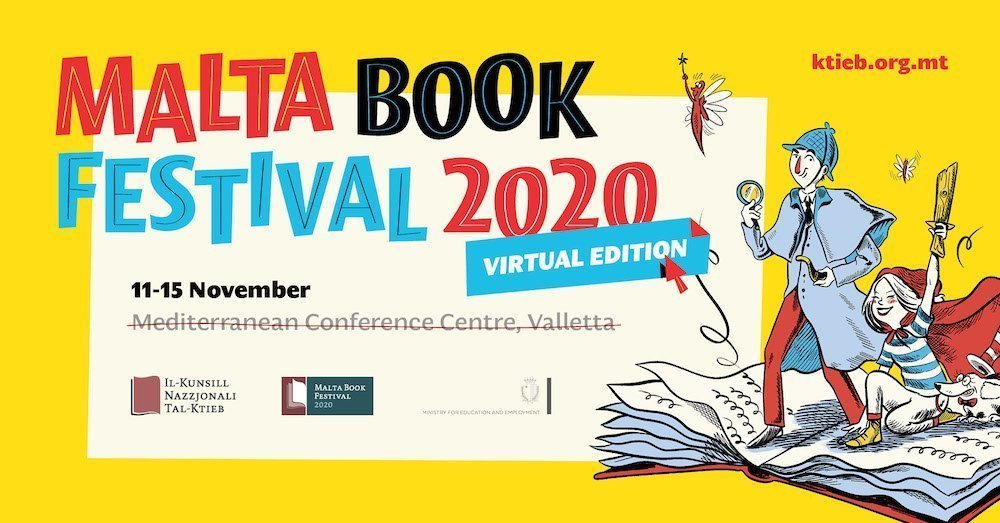 Over to guest blogger Paul Grech during this unprecedented Book Festival week:

I have recently been reading Emily St John Mandel’s book Station Eleven. Perhaps not the best choice in the current situation (dealing as it does with the aftermath of a deadly pandemic, it is a little bit too close to home) but I have no regrets for it is a gorgeously crafted read.

I don’t bring this up because I want to tell you to read Station Eleven (although you really should) but to talk about how I actually got my hands on it. I’d heard great things about it but for one reason or another never really got round to buying it. Then last weekend I happened across it at a book sale and you can probably guess the rest.

This got me thinking on how I typically buy books.

There are books where I am so certain that I will enjoy them that there isn’t ever any doubt that I’m going to get them. Books by favourite authors, for instance, or continuations of series that I’ve been reading. Occasionally a review or a friend’s recommendation will be all it takes to convince me. In total, however, such books form a small share of all that I read throughout the year.

More typical are the impulse buys. Books like Station Eleven that I had no real intention of buying but end up doing so purely because the situation presents itself. It is why there is often a mixture of excitement and trepidation every time I walk in to a bookshop; being surrounded by so many books is always exhilarating yet I know that I’ll end up spending way more than I had originally thought.

Unfortunately of late such occasions have decreased greatly, given the year that we’ve had.

Which makes me all the more sad that this year’s Malta Book Festival will only be held online. The thought of all the major local booksellers brought together in one place was a thrilling one when it, briefly, seemed possible earlier in the year.  And whilst there will still be plenty of virtual events going on and much that will be of interest, it is definitely not the same thing.

The sadness isn’t triggered only by the thought of not having enough to read due to the missing opportunities for impulse buys but by what this means for Maltese books.

I could be wrong in my thinking but I’d imagine that, typically, the book festival is the best occasion for many to come into contact with books by local authors and being impressed enough to buy them.

Don’t worry, this isn’t another piece predicting the death of local publishing. Although I’m not really qualified to make any judgement, I’d like to think that it is robust enough and has received the support needed to keep it going.

Yet in times of famine, the first to go is any fat. Which, in literary terms, means that the first to be sacrificed are those projects by new authors or experiments in storytelling formats. And this, ultimately will mean that the Maltese book scene will end up being poorer.

GUEST POST: What on earth do I read next? Reading Christmas
More news